It is a villa. It is detached, in the mediterranean style with one floor.The villa is situated in Altea (ALICANTE) in a quiet place without any traffic. It was constructed in the year 1980.It has sea views, free views and views to the mountains. It is outside of the village. The status of the property is excelent. It was completely reformed three years ago. It has a total surface of 5700 m². It has 376 m² constructed surface. It has a terrace with 107 m² covered surface and 317 m² uncovered surface.The plot is developable ground in an urbanization. The villa is in an area without neighbours. The property is surrounded by a fence. The topography of the plot is flat. The entrance can be opened by remote control. The villa has four bedrooms. There are four doubles, three with build-in closets, three with a bathroom en-suite, four on the ground level and four furnished. The villa has a total of three bathrooms, of which two are bathrooms with bath and three are toilets with a shower. It has two living rooms. The main living room has 60 m², cold and hot air conditioning, sea views, it has southeast orientation and flat tiles floor. It has one kitchen. The main kitchen has a surface of 16 m² and vitroceramic cooking plates. It holds a washing machine, a dryer, a dishwasher, a microwave, an oven, a refrigerator, a deep-freezer and a pantry. As general features, it has gas central heating, air conditioning, iron window bars and window blinds. The windows are double glazed. The windows are made out of aluminium. It has two garages. It has two covered places. The garden is easy to maintain, has a surface of 2000 m², south orientation, an automatic watering system, a lawn, fruit trees, an outside-living room, an outside kitchen, a barbeque, a tennis field, a jacuzzi, a garden house and a hot and cold water shower. It has a swimming pool, which has a size of 5 x 10 m, it was built six years ago, it holds two lightpoints and it has southeast orientation. 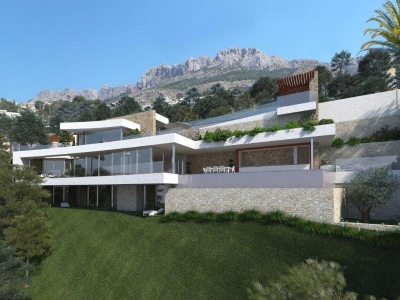 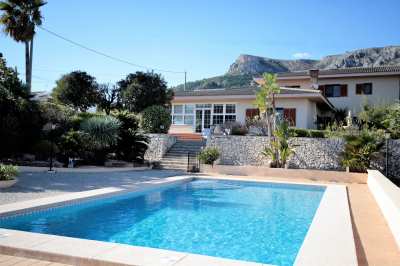 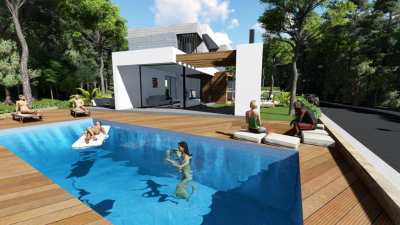 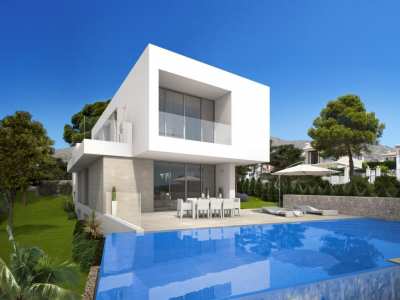 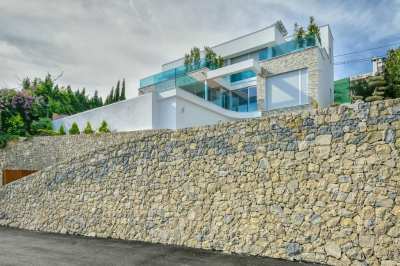 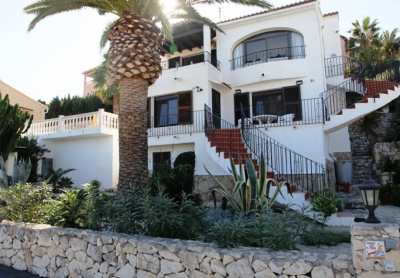 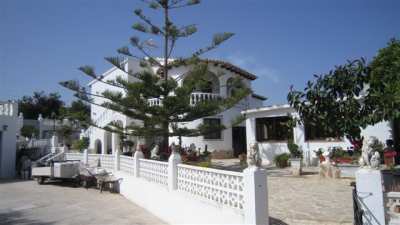 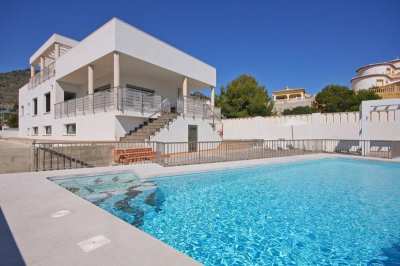 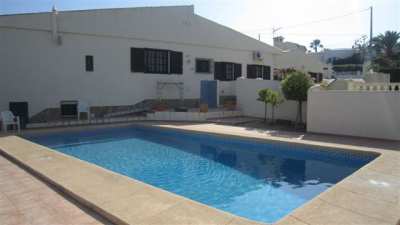