It is a villa. It is detached, in the mediterranean style with two floors.The villa is situated in Calpe (ALICANTE) in a quiet place without any traffic.It has sea views. It is inside of the village. The status of the property is excelent. It has a total surface of 1400 m². It has a terrace with 15 m² covered surface and 75 m² uncovered surface.The plot is programmable developable ground. The villa is in an area with distant neighbours. The property is surrounded by a stone wall and fence. The entrance can be opened by remote control. The villa has three bedrooms. There are three doubles, two with build-in closets, one with a bathroom en-suite, three with air conditioning, two with sea views and three on the ground level. The villa has a total of three bathrooms, of which two are bathrooms with bath, one is a toilet and three are bathrooms with bidet. It has two living rooms. The main living room has cold and hot air conditioning, it has south orientation and terrazzo floor. It has one kitchen, independent. The main kitchen has a surface of 18 m² and gas cooking plates. It holds a dishwasher, a microwave, an oven, a refrigerator, a deep-freezer, a pantry and a worktop made of granite. The villa has been painted. As general features, it has window blinds. The windows are double glazed. The villa also has a cellar of 220 m². It has two garages, with a total surface of 4 m². The garage is accesible by an internal staircase. The garden is easy to maintain, has a surface of 1400 m², south orientation, an automatic watering system, fruit trees, an outside kitchen and a barbeque. It has a swimming pool, which has a size of 9 x 4 m and it was built one year ago. 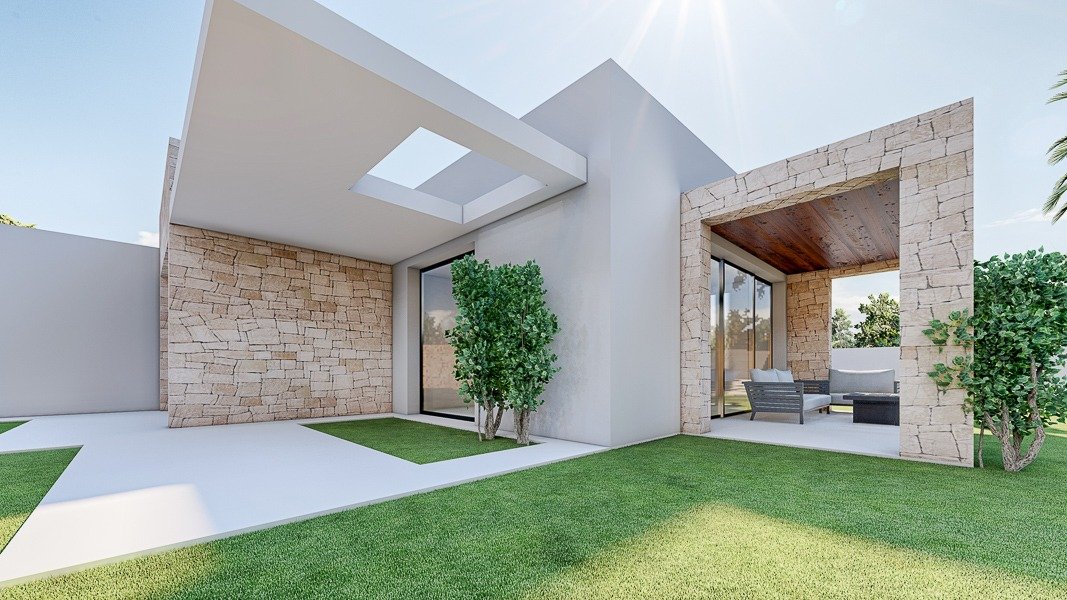 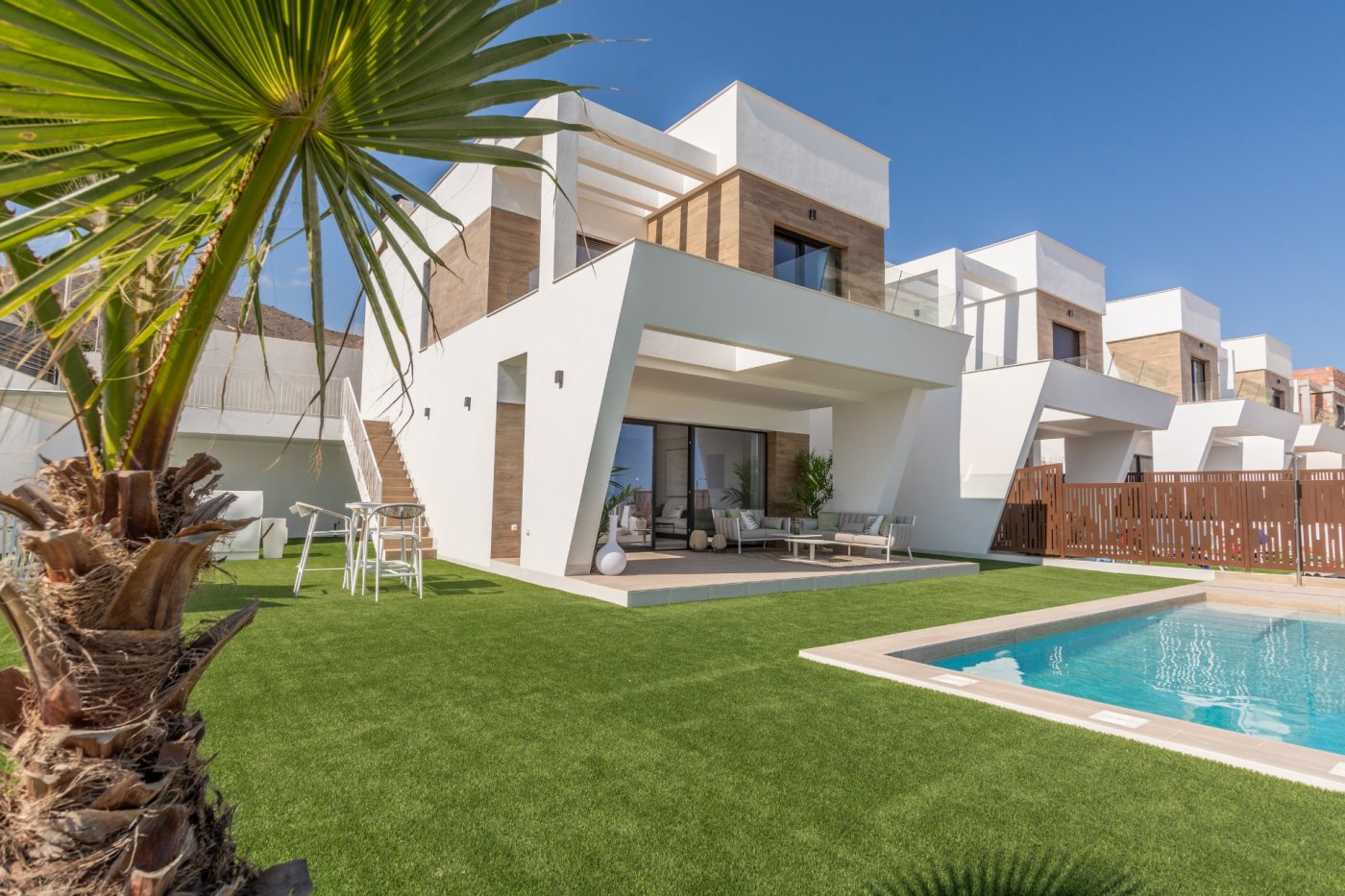 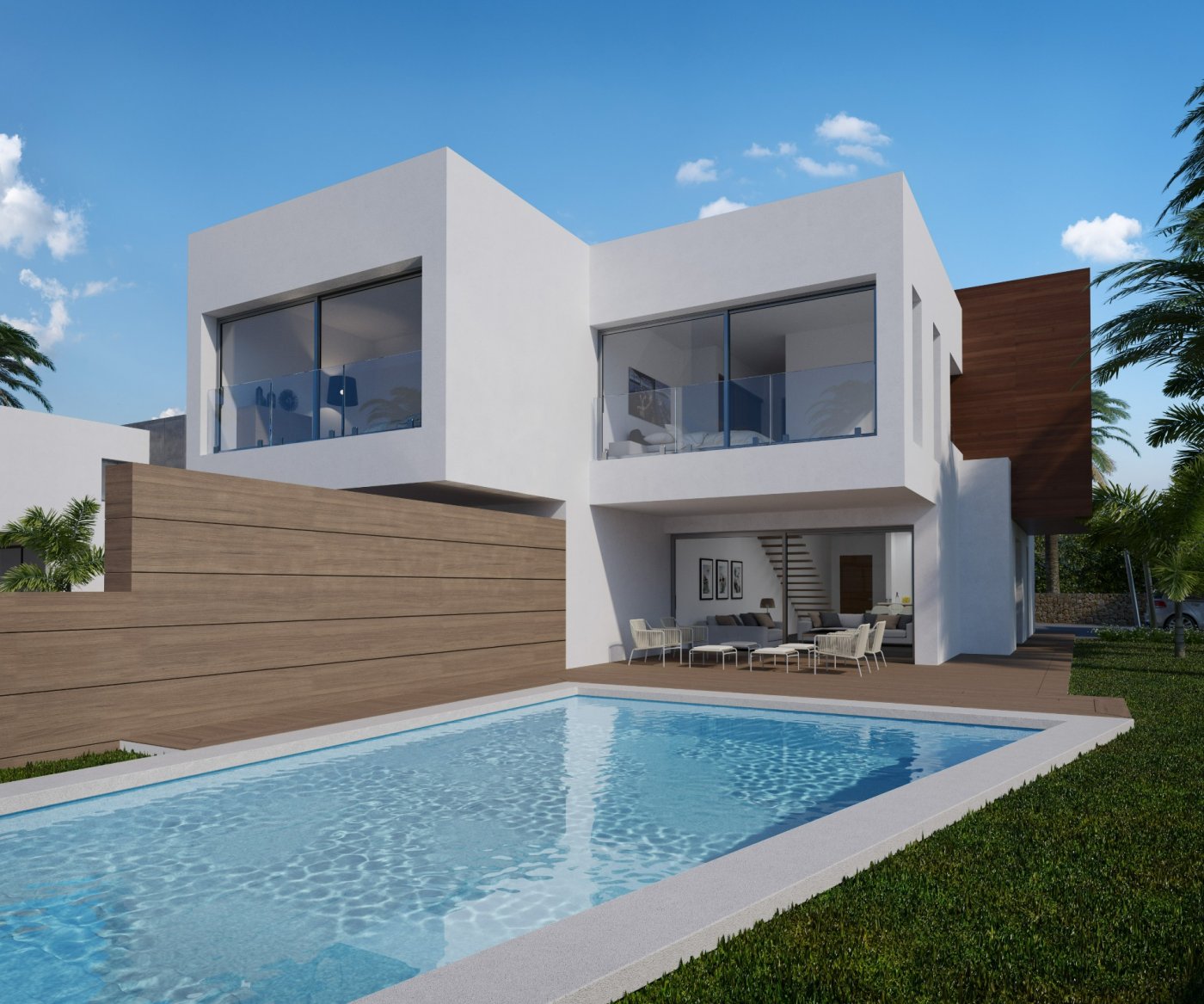 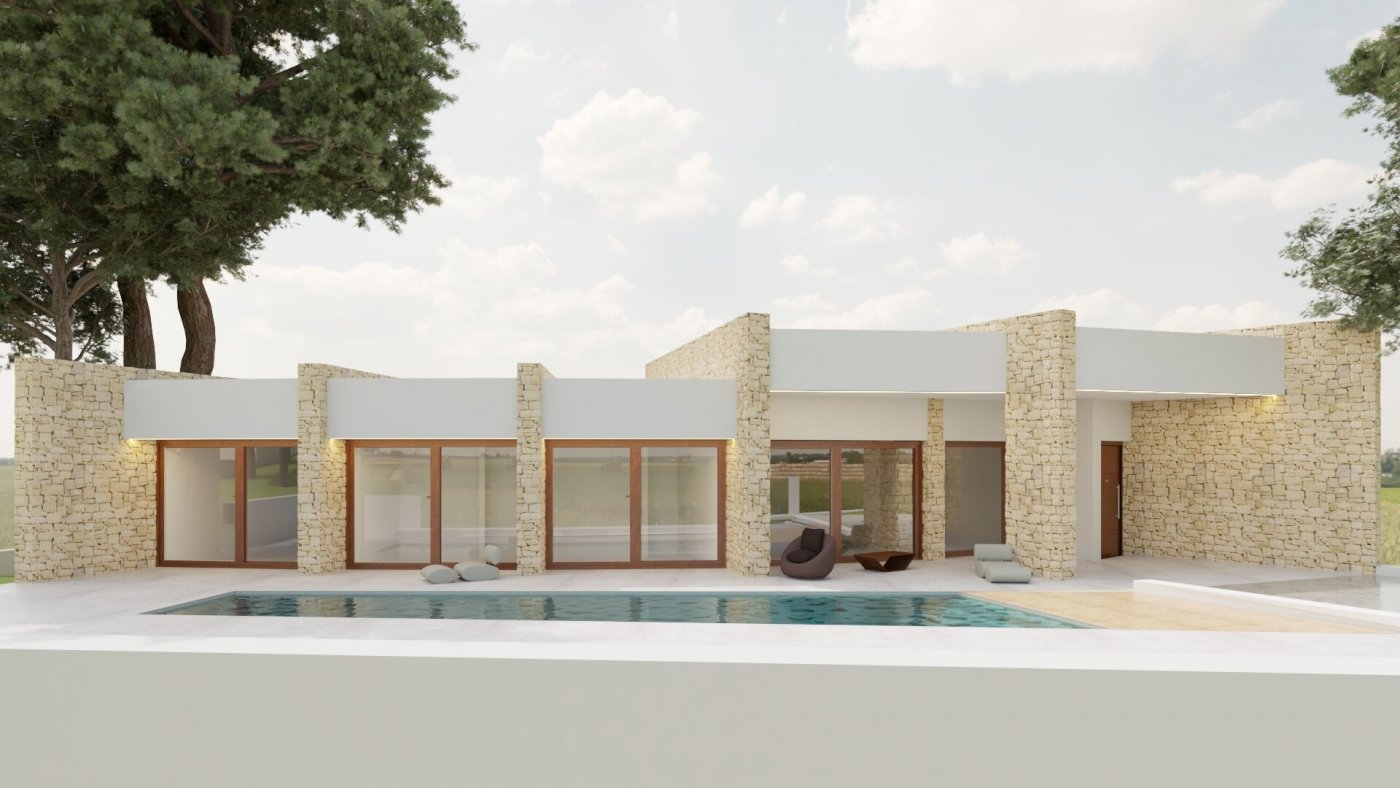 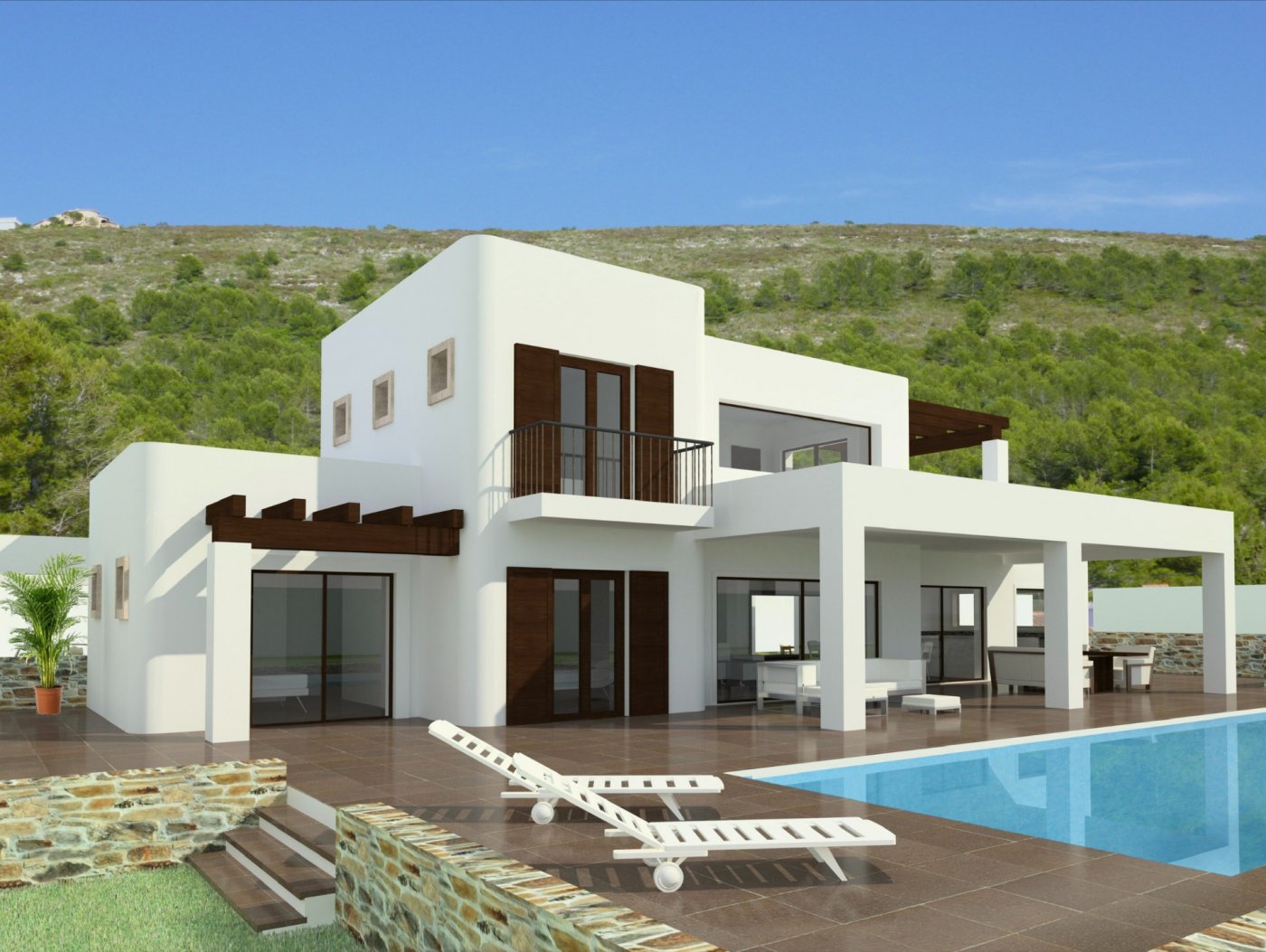 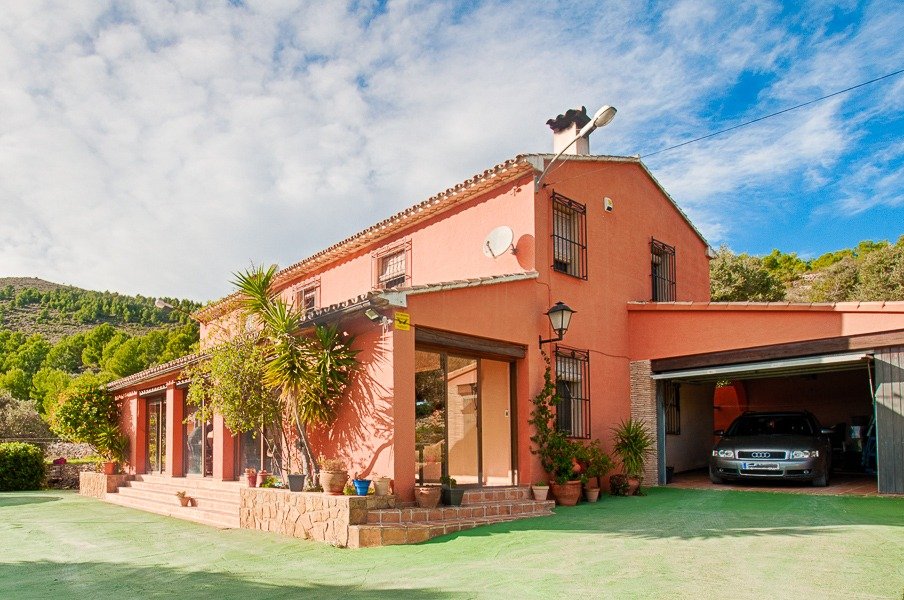